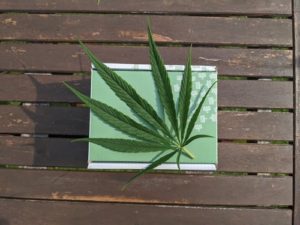 There were ten bills introduced this Colorado legislative session regarding marijuana and eight of them passed.  The big changes were related to medical marijuana, possession limits and industry regulations.  Here are some of the house and senate bills that had a significant impact on Colorado’s marijuana industry.

Probably the most notable was House Bill 1317 which related to the extracted THC’s effects on children.  It was signed into law on June 24, 2021 by Colorado Governor Jared Polis.  The bill stiffens medical marijuana rules and require more research into the medical health effects of high-THC products.  The bill calls for additional requirements for medical marijuana patients and their physicians.  Physicians would be required to prescribe a THC dosage amount and consumption method, as well as reviewing the patient’s mental health history before an opinion is made.  Also required would be a statewide tracking system for medical patient purchases which will be limited to 2 ounces of flower or 8 grams of concentrate unless the patient is eighteen to twenty years old then the limit is 2 grams.   The previous daily limit for concentrate was 40 grams and that will still stand for homebound and rural patients.  Patients with proper doctor approval would be allowed to exceed the limits.

The bill requires medical marijuana stores to immediately record transactions in the seed-to-sale inventory tracking system which will include the ability to monitor the amount of medical marijuana a patient has purchased that day in real time and identify any discrepancies with daily authorized quantity limits and THC potency authorizations by searching a patient registration number.  The system will respond with an error message if a patient’s quantity or THC potency authorization has been exceeded.

The includes studies on THC and its impact on mental health.  $3 million under the proposal will be directed to the Colorado School of Public Health (CSPH) for an educational campaign about youth use and extracted THC.   An additional $1 million would be set aside annually through fiscal year 2023-’24 for a CSPH review of existing research and further study of the mental health effects of marijuana.  $1.7 million will also be directed to a project requiring coroners to annually report the results of THC toxicology screens in non-natural deaths for people under the age of 26 to the Colorado Violent Death Reporting System. The department then will produce an annual report of the data beginning January 2, 2022, and annually each year thereafter.

House Bill 1301 was signed by Governor Polis on June23, 2021 and introduced changes to outdoor growing for both marijuana and hemp famers.  Part of the bill allows for outdoor cannabis growers to create a contingency plan to prevent crop loss during extreme weather conditions, with the new practices created and enforced by the Marijuana Enforcement Division (MED).  Although marijuana and hemp are regulated and grown differently, they can sometimes cross-pollinate even miles away from each other when grown outdoors.  Cannabis grown for THC and CBD content is seedless, but industrial hemp grown for fiber carries seeds and pollen.  This can pollinate seedless cannabis plants leading to crop loss for some farmers.  Most hemp farmers oppose registering their farm locations before receiving a license to grow hemp.  Bill language creating working groups to reduce cross-pollination between marijuana and hemp plants is more controversial.

The bill requires the state licensing authority to convene a working group on or before November 1, 2021, to examine existing rules and tax laws that apply to the wholesale marijuana cultivation market.  The group will explore options how the existing rules and laws could be amended to better position Colorado businesses to be competitive if marijuana is legalized federally.  On or before June 1, 2022, the working group is required to submit a report of its findings and recommendations to the executive director and the general assembly.

House Bill 1090, was signed by Governor Polis in May, increased the recreational possession limit from 1 to 2 ounces. In addition, the new law qualifies convictions for up to 2 ounces of marijuana possession for record-clearing and wipes out former Class 3 marijuana cultivation felony convictions, as well as charges for growing more than twelve plants but fewer than 25.  It will still be illegal for anyone growing more than twelve plants without a medical marijuana card and extended plant count authorization.

The daily purchasing limit at Colorado dispensaries will remain at 1 ounce.  The change to 2 ounces would require formal change by the MED. In 2020 Governor Polis granted 2,700 pardons for past convictions of 1-ounce possession.  Since HB1090 was passed, governor Polis is expected to pardon 2-ounce convictions this year.

Senate Bill 56 was signed by Governor Polis in May which allows school personnel to administer medical marijuana to child patients.  The new law now “requires” school boards to implement policies allowing for the storage, possession, and administration of medical marijuana by school personnel.  In the past many school boards decided to ban the medication or not address the law at all.   Now students can receive medical marijuana from school medical personnel.  In the past a parent would be required to come to the school each time the student needed the medication.

Senate Bill 111 was passed early in the session and signed by Polis in March, it was negotiated between lawmakers and the Governor’s Office in a legislative budget committee meeting before the Colorado General Assembly convened.  The bill creates a new Cannabis Advancement Program overseen by the state Office of Economic Development and International Trade, with $4 million in loans, grants, and technical assistance to be available for marijuana business applicants qualifying for a social equity program. Intended to aid communities impacted by the War on Drugs, the program will be available to business owners that can prove one of the following: They or their families were negatively impacted by the War on Drugs, they earn less than 50 percent of the state median income, or they come from a community designated as a low-economic opportunity zone by OEDIT. 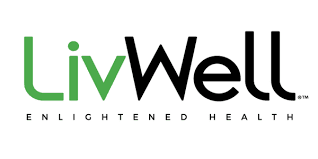