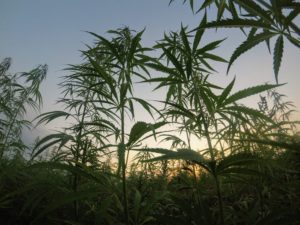 Colorado Harvest Co. with three dispensaries in the Denver metro area has signed a letter of intent to be acquired by Stem Holdings Inc., headquarters in Boca Raton, Florida.  Stem Holdings currently owns cannabis cultivating facilities in five states along with retail licenses in California, Maryland, Massachusetts, Oklahoma, and Oregon.

Colorado Harvest Co., which is registered under the name High Country Supply, has two cultivation facilities, three retail outlets and two delivery permits.  The company was founded in 2009 and currently grown over 40 different cannabis strains.  Their Broadway location was one of the first dispensaries to offer recreational cannabis in Colorado.  They produce over 200 pounds of naturally grown cannabis per month.  Colorado Harvest Co. owns recreational delivery licenses in both Aurora and Denver.

Stem Holdings shares trade on the Canadian Securities Exchange under STEM and on the U.S. over-the-counter markets under STMH.