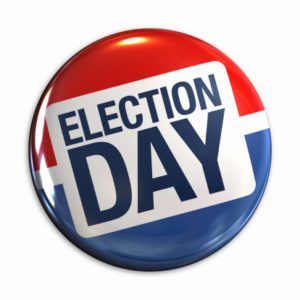 It would create the Learning Enrichment and Academic Progress Program, LEAP Program. Eligible children would include children at least five years of age and no older than 17 years who are eligible for admission to Colorado public schools. The program would provide out-of-school services that would consist of but not be limited to the following:  tutoring in core subject areas; enrichment opportunities including music, dance, and art programs; instruction in English and foreign languages; career and technical training; emotional and physical therapy; mental health services; special support for students with special needs; and mentoring.

The measure would increase the marijuana retail sales tax incrementally from 15% to 20% to partially fund the program. Beginning January 2022, an additional 3% marijuana retail tax would be levied for a total of 18%. Beginning January 2023, the additional tax would increase to 4% for a total of 19%. After January 2024, the additional tax would increase to 5% for a total tax of 20% on marijuana retail sales. It is estimated that once the increase is fully in effect, it would generate an additional $137.6 million a year. The tax would not apply to medical marijuana. Beginning in January 2022, the state treasurer would be required to transfer the revenue generated from the additional marijuana tax to the Learning Enrichment and Academic Progress Fund monthly. Any revenue the state collects from the increased marijuana sales tax would be considered a voter-approved revenue change and exempt from the TABOR state spending limit.  Additionally, the state would also transfer $22 million from the State Land Trust to help pay for this new program. That money would otherwise go to general school funding.

Why tax only the Cannabis industry?

A big question is, if Proposition 119 is so wonderful for the kids, why weren’t other industries included?  The answer is that it’s easier getting approval for a tax increase by limiting it to the marijuana industry then proposing an increase in tax on manufacturing, energy, tourism, agriculture, financial services, real estate or even the entertainment industries.  And of course, proposing a tax increase on the luxury suites at Empower Field, Coors Field, Ball Arena or even game day tickets would not be easy approved and very costly.  Colorado voters have an easier time approving tax increases on cigarettes, gaming, and marijuana over other industries.

This tax increase is a way for state legislatures to cover funding issues in the state budget.  The question is: How often can the state go back to the “cannabis well” for tax revenue? If Proposition 119 is approved and the cumulative 5% tax is added to the existing 15%.  With local municipalities taxing the sale of the plant and throw on additional city taxes along the way, most Coloradans will be paying 30% or more in taxes on their marijuana purchases.   When could we, or will we see a decrease in marijuana sales in Colorado? California was the first state to pass legislation for medical marijuana and it was among the first to join Colorado in legal recreational use.  But the problem California encountered was that lawmakers were not afraid to tax cannabis at a very high rate resulting in lower sales in legal dispensaries and flourishing black market.

Is Proposal 119 totally bad?  No, the intent of the proposal is good for schools, children, and parents.  The real problem is in the details. Yes, the cannabis industry does not want to see additional taxes which potentially hurt the industry.

On the education side, The Colorado Parent Teacher Association also opposes the measure. Similarly, the board of directors of the Colorado Association of School Boards voted to oppose Proposition 119. The Colorado Education Association, the state’s largest teacher’s union, initially supported Proposition 119 but has since shifted its position to neutral. The union says there isn’t enough information about how the program would be implemented and what kind of oversight will be in place.

For now, as it is written, Proposition 119 is not in the best interest for Colorado.