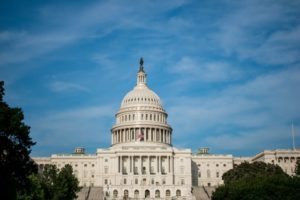 It seems that we hear every few months or even weeks that the legalization of cannabis on the federal level is getting close.  But how close is close?  The latest is that the U.S. House of Representatives plans to vote on a bill to federally legalize marijuana for the second time in history as early as April 3, 2022.

The House will take up the Marijuana Opportunity, Reinvestment and Expungement (MORE) Act.  An earlier version of the measure cleared the chamber last session but later stalled in what was then the Republican-controlled Senate.

The legislation, which would remove cannabis from the list of federally controlled substances and promote social equity in the industry.  It would further allow people with past convictions to have their records expunged, protect immigrants from being denied citizenship over marijuana and prevent federal agencies from denying public benefits or security clearance due to its use. However, the bill wouldn’t force states to adopt legalization, it would create incentives to promote equity and allow a level of regulatory discretion to remain with the states. Marijuana products would be subject to a federal excise tax, starting at five percent for the first two years after enactment and rising to eight percent by the fifth year of implementation.

Tax revenue from cannabis sales would be placed in a new “Opportunity Trust Fund.” Fifty percent of those tax dollars would support a “Community Reinvestment Grant Program” under the Justice Department that would fund eligible non-profit community organizations to provide a variety of services for individuals adversely impacted by the War on Drugs which would include job training, reentry services, legal aid for civil and criminal cases. Ten percent would support substance misuse treatment programs, forty percent would go to the federal Small Business Administration (SBA) to support implementation of a proposed Cannabis Restorative Opportunity Program that would provide funds “for loans to assist small business concerns that are owned and controlled by individuals adversely impacted by the War on Drugs in eligible States and localities.”

Meanwhile, on the same day that it was announced that the MORE Act would be heading to the floor again, the Senate unanimously approved a bipartisan bill meant to promote research into marijuana, in part by streamlining the application process for researchers who want to study the plant and to encourage the Food and Drug Administration (FDA) to develop cannabis-derived medicines.

Now, with a floor vote imminent, lawmakers are positioning themselves for changes. This is where all the problems and delays come in.  Everyone wants to add their two cents and making this process more complex than it really needs to be.

If the House passes the MORE Act, it will face challenges in the Senate. Even if all Senate Democrats voted in favor of the bill, it would still need 10 GOP votes for it to pass and be signed into law. It’s not expected to pass, in part due to Senate Majority Leader Chuck Schumer (D-NY) wanting to pass his own marijuana legalization bill.

The federal decriminalization of marijuana might still be a long way off, and it’s not an easy and straight-line process. More than likely we will see marijuana related issues being resolved and legislation passed as steps leading up to federal legalization.

One of the first pieces of legislation we could see and possibly in 2022, is the SAFE Banking Act.  This would allow  cannabis-related businesses to obtain bank accounts, something they currently cannot have under federal law. This prohibition leaves cannabis businesses vulnerable to crime based on a cash business. The bill has passed in the House six times but has repeatedly stalled in the Senate.  One of the problems that we’ve see with the SAFE Banking Act is some lawmakers like to add additional provisions to the Bill and it gets shot down.  Most lawmakers see that the SAFE Banking Act is needed, and the current situation is a tremendous safety concern for the industry.

After the SAFE Banking Act, we could see the rescheduling issue addressed, going from a 1 to a 2 or even lower. Two other pieces of legislation could follow.  The Hope Act that would direct funds to states for cannabis conviction expungement efforts and the Veterans Equal Access Act providing medical marijuana options for former military service members are a few other pieces of legislation waiting in the wings.

The issue of cannabis reform will get resolved, but not very quickly.